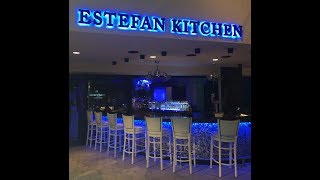 A little bit of Cuban Flavor!

If you haven't discovered Estefan Kitchen located in the Miami Design district yet I highly recommend making a reservation and experiencing cuban flavor at it's finest! Words cannot describe the amazing atmosphere, service, great live entertainment and delicious cuban food that doesn't exclude vegan options for the plant based guests. Imagine the amazement on a regular Monday night walking into a location that is rich in cuban flavor from all the surrounding aesthetics to t

While my rescue dogs Brodie and Nemo bring me many smiles, there are the few occasions where doggie separation anxiety cause me a little extra work and an extra challenge to make lemonade out of lemons. After my beloved long coat chihuahua of fifteen years passed away I wasn't sure I was going to be open to adopting another pet let alone eventually having two at one time. I still miss and will forever treasure the moments and years that I was fortunate to have with my Tobie 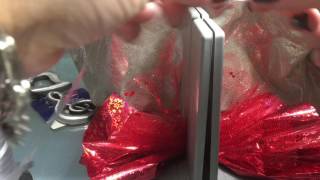 I almost forgot to share a little #flashbackfriday video from my youtube channel that may be a helpful DIY and save some of your hard earned money on store bought embellishments. Valentine's Day is right around the corner and with just a few supplies you too can make an easy peasy bow to decorate a gift basket, box of candy, bottle of wine and really anything you are going to gift your special someone and those special people in your life. ( hint hint...JEWELRY is always ni

I'm trying to convince myself of the 40 something headline I just wrote being that February 10th is quickly approaching and that is the day my mother gave birth to me %#@&*+ years ago...;) It seems like yesterday my grandmother made this prairie shirt I sported, loved and was proud to wear as I was blowing out those candles making a wish. She was self taught and there weren't any youtube tutorials back then or group classes in that niche to attend locally from what I can re 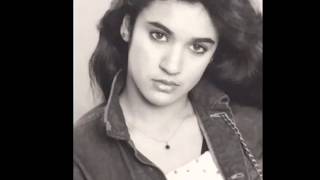 It's so crazy to see yourself years later and reflect on the experience of being so young working in film. So much has changed since that era. I would love to work with Paul Morrissey again some day. Brushing up on my acting skills will be necessary but, I have a feeling it will all come rushing back to me around the right setting and with the opportunity to work on a new project with him. I have some ideas for it too! IMDb credits under former name Christel-Marie Guerra. 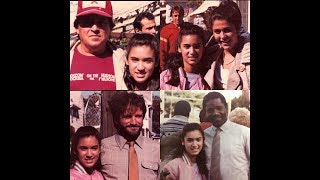 Moscow on the Hudson directed by Paul Mazursky

I don't consider myself shy and I don't think I've ever been thought of as such but, being on set with Robin Williams, Maria Conchita Alonso, Cleavant Derricks, Elya Maskin, Yakov Smirnoff, Savely Kramarov, and an abundance of great actors under the direction of the great Paul Mazursky must have given me some of the jitters as a young girl. So much that I didn't catch the softball in the very first scene of my big extra role debut. I don't think I was really ready to catch

The Secret that Could Kill You

A Special Time for Thanks

The Truth, the Whole Truth and more about My Truth...